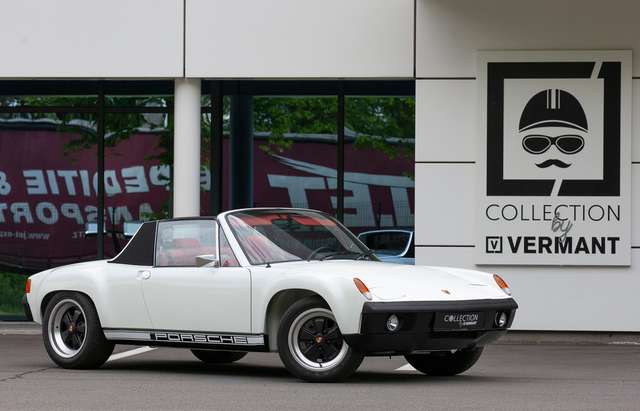 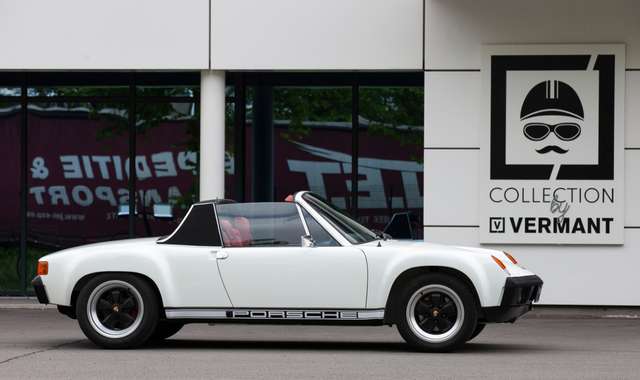 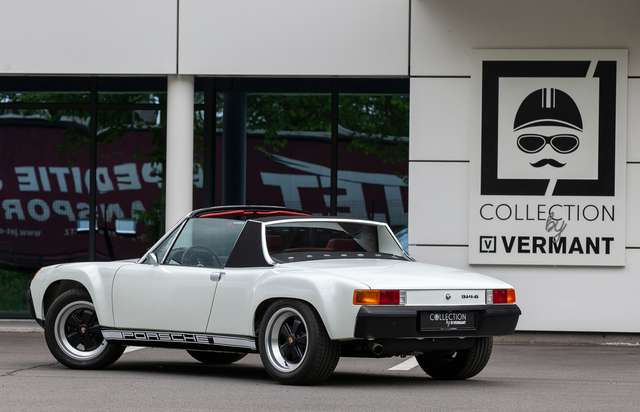 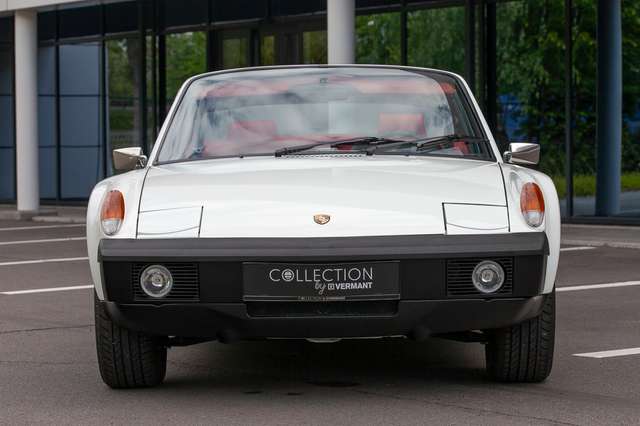 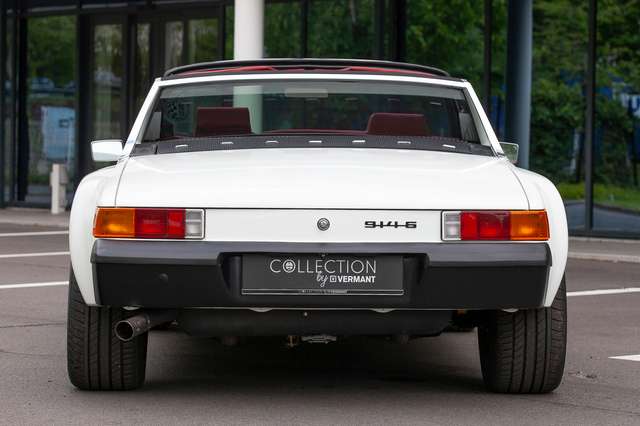 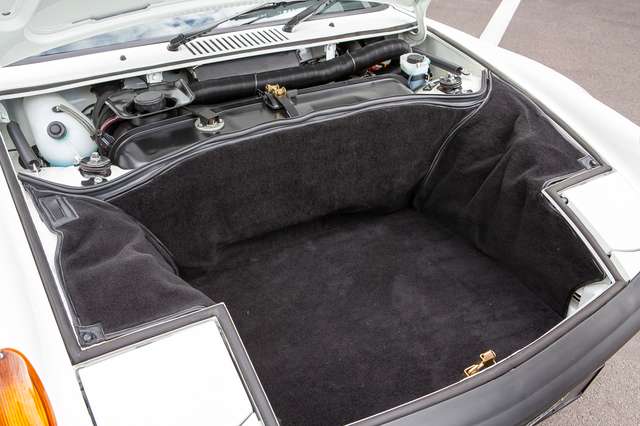 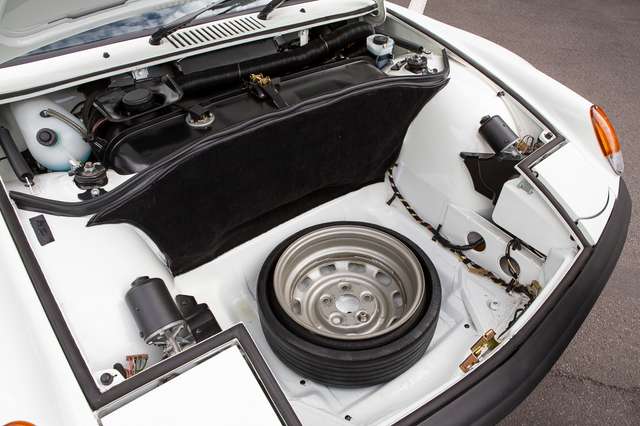 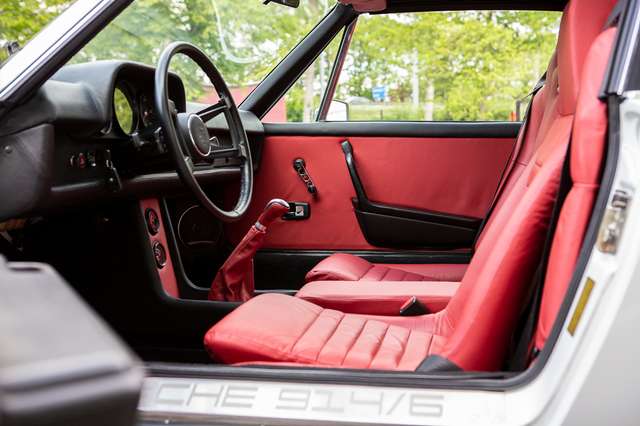 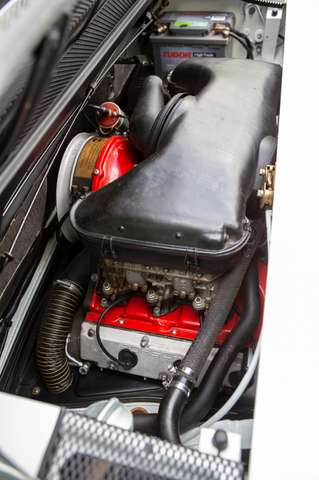 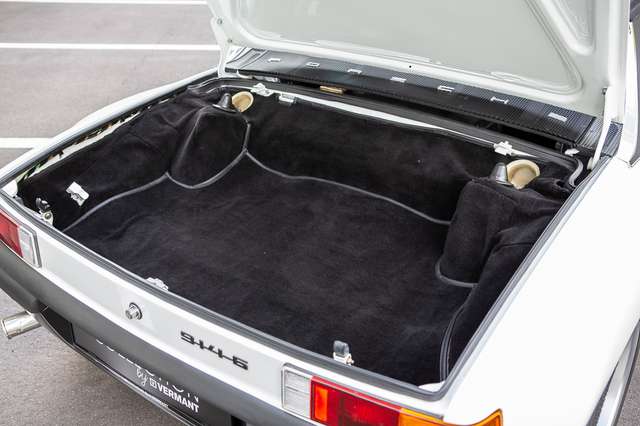 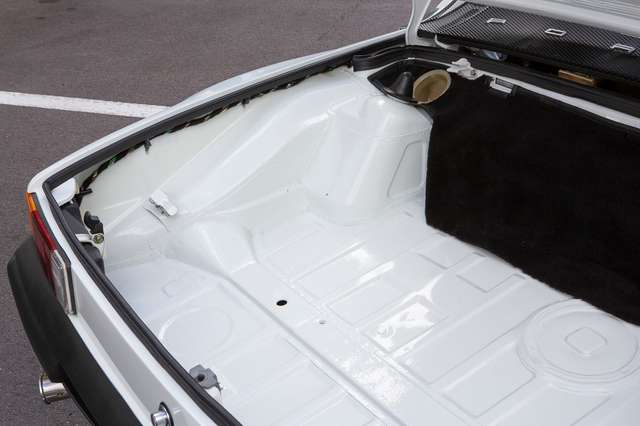 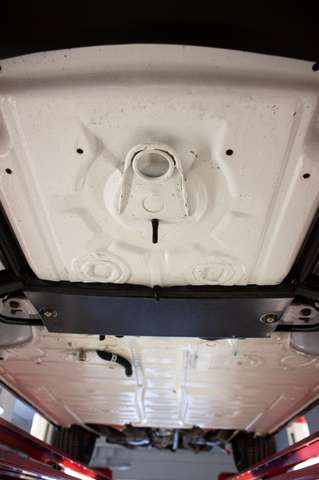 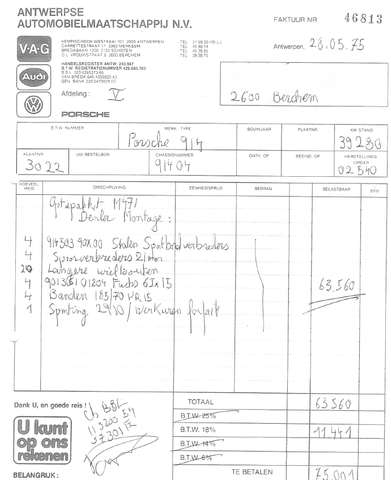 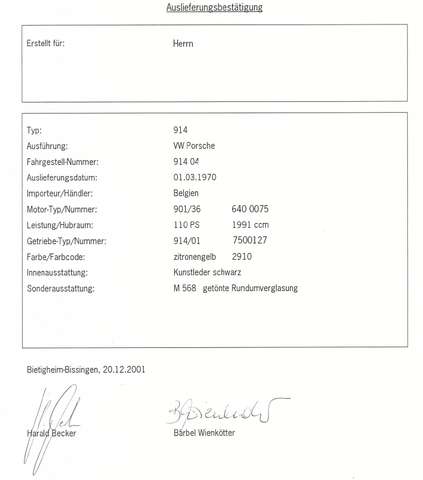 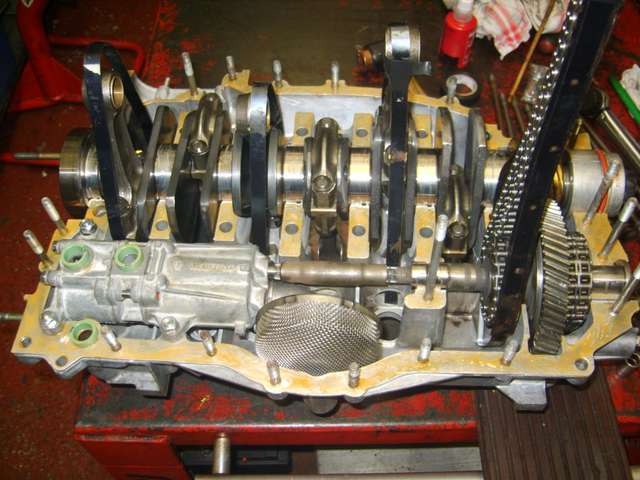 "Collection by Vermant” is very happy to be able to offer you this original Belgian delivered Porsche 914/6 GT from 1970. This is a specimen provided with its ‘matching numbers’ 2L strong 6-cylinder, good for 110 HP.

The car was newly delivered by D’ieteren Antwerpen -Antwerpse automobielmaatschappij NV in Berchem- on 24 December 1970 and was executed in colour code 2910 or ‘Zitronengelb’ with a black interior. In addition, the car was fitted with green tinted windows.

From the mid-1980s, the Porsche was no longer used as a daily driver and would be passed on from father to son. The ’14’ would then undergo a number of modifications in order to have a positive influence on driving behaviour.

At the end of 2009 -at a stand of 121.000km- a complete ‘nut & bolt’ restoration was started, which spared no effort. The entire car was expertly stripped, the bodywork was dismantled – sandblasted – welded where necessary and provided with a KTL treatment (electrostatic dyeing process). The next step was to apply a coat of paint in inspection code L908 – or ‘Grandprix Weiss’.

Meanwhile this ‘one family owner’ 914/6 GT look has walked only 1800km after restoration and the car is still in absolute new condition! The car is accompanied by its original booklets, 2nd set of keys, toolkit, a ‘birth certificate’, Certificate concerning the installation of the ‘M471’ option code, complete restoration report, Valuation report,…